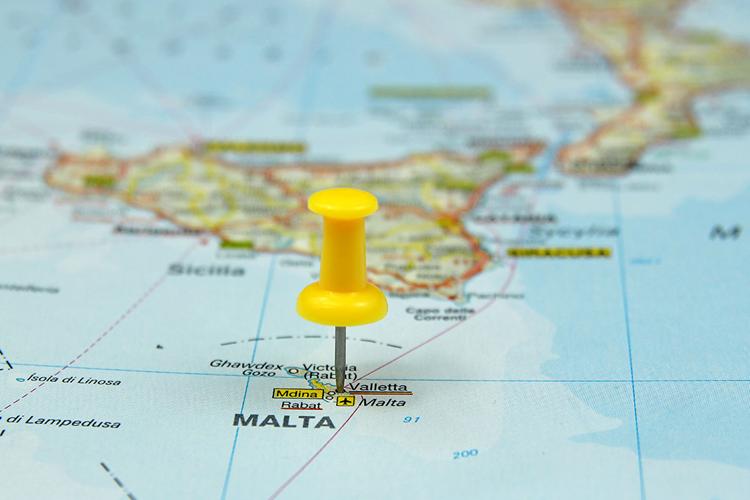 Choosing the perfect Mediterranean holiday spot might sometimes prove tricky. The island of Malta is relatively small compared to its Mediterranean counterparts, measured at just fifteen miles by nine but don’t be deceived by Malta’s size! Malta offers a huge and incredible amount of things to do and places to see. Here are the 5 top reasons to visit Malta:

Malta has been ranked as the second-best place in the world for foreigners to live by an industry survey of more than 14,000 respondents. Malta ranked well in all quality of life sub-categories, topping the list for leisure options and coming a close second to Costa Rica when foreigners were asked to rate their personal happiness. For a small island, there is a lot to do in Malta. From the beaches to the nightlife, the shops to the historical sites, there is always something to do.

#2 Valletta, the capital city of Malta.

Valletta is rich in culture and heritage and it is perfect for leisurely strolls whilst exploring its winding streets. This Renaissance city is not only visually stunning, but its atmosphere is captivating too. It is a haven for sophisticated sightseers with some of Europe’s finest art works, museums, churches and palaces alongside numerous cafes and bars. In fact, the entire city of Valletta has been classed as a UNESCO World Heritage Site since 1980.

With strong connections to Britain, amazing remains from the Middle Ages, and Arabic-influenced architecture, Malta is a fantastic mix-match of culture and style. Don’t miss the opportunity to see the other breathtaking historical sites that give Malta its unmistakable identity.

Maltese cuisine reflects Maltese history. Our food is influenced by Malta’s proximity to Sicily and North Africa but with a special slant all our own. This marriage of tastes has given Malta an eclectic mix of Mediterranean cooking. Maltese food is rustic in character, full of the flavour and colour typical of a central Mediterranean Island. Savoury dishes make up for the largest part of Maltese cuisine, although the Maltese definitely know how to work with pastries and sweets. Being a country surrounded by the sea, fish is traditionally the most popularly used protein, although beef and pork also feature in a few of the most popular traditional Maltese dishes. The traditional Maltese “Rabbit Stew” (Stuffat tal-fenek) is often identified as the national dish and should not be missed.

You should never visit Malta without exploring Gozo island for at least one day. The Isle of Calypso, Gozo is a unique Island which forms a part of the Maltese archipelago and lies at the centre of the Mediterranean. Gozo is filled with nature and countryside, beaches, culture, history and activities. The island is accessible by ferry from Malta and you may even be inclined to visit the tiny island of Comino, located between the two, during your stay.

The Maltese people are known worldwide for their friendly nature and for their generosity. The Maltese are typically warm, friendly and welcoming. Rest assured that the Maltese are well-accustomed to welcoming visitors and giving you the best deals throughout your holiday. What’s more is that the locals speak English. You’ll be able to communicate in English everywhere you go whilst still enjoy being exposed to Italian, Maltese and a number of other romantic European languages.

For more Information about Learning English in Malta, view: http://www.unilangeducation.com/about-unilang