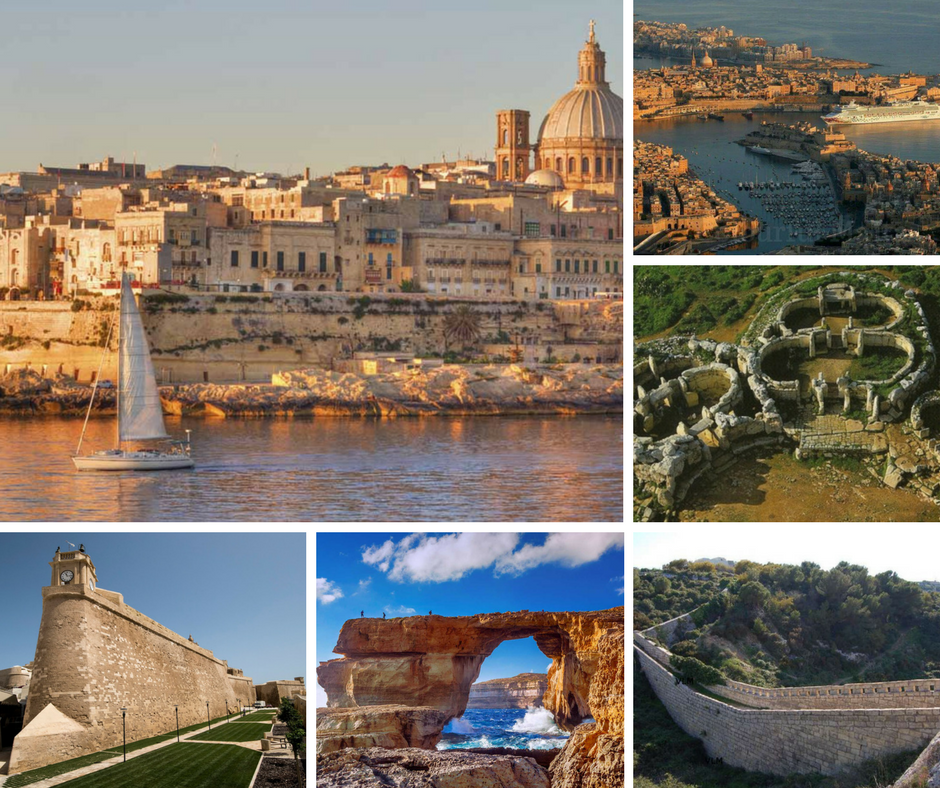 A World Heritage Site is a place that is listed by the United Nations Educational, Scientific and Cultural Organization (UNESCO) as of special cultural or physical significance. Malta has 9 Heritage of Wonders of the World

Valletta is Malta’s Capital City  built by the Knights of St John. The walled city is known for museums, palaces and grand churches. Baroque landmarks include St. John’s Co-Cathedral, whose opulent interior is home to the Caravaggio masterpiece “The Beheading of Saint John.”

The magnificent Grand Harbour is also known as the Port of Valletta. It is a natural harbour on the island of Malta and it has been used as a harbour since at least Phoenician times. The natural harbour has been greatly improved with extensive docks and wharves and has been massively fortified.

3) Victoria Lines and the Great Fault

The Maltese Victoria Lines was built by the British and finished in the year of Queen Victoria’s Diamond Jubilee (1897). The Victoria Lines run along a natural geographical barrier known as the Great Fault, from Madliena in the east, through the limits of the town of Mosta in the centre of the island, to Binġemma and the limits of Rabat, on the west coast.

The Ħal Saflieni Hypogeum is an underground prehistoric burial site made up of interconnecting rock-cut chambers set on three distinct levels. The Hal Saflieni Hypogeum was probably a sanctuary originally, that became a necropolis in prehistoric time. Earliest remains at the site date back to about 4000BC, and the complex was used over a span of many centuries, up to c. 2500 BC.

No visitor to Malta can afford to miss a visit to Mdina, however short. Mdina has had different names and titles depending on its rulers and its role but its medieval name describe it best – ‘Citta’ Notabile’: the noble city.

The Cittadella, also known as the Citadel, the Castello (Maltese: Il-Kastell) or the Gran Castello, is a citadel in Victoria, on the island of Gozo in Malta. It is easy to get around in Gozo, as all roads in Gozo lead to Rabat, also known as Victoria. The Citadel is visible from almost all the Island, rising steeply above the surrounding countryside.

Located on the West coast of Gozo, Dwejra is perhaps the archipelago’s most spectacular natural landmark – The Azure Window.

For more Information about Learning English in Malta visit:
http://www.unilangeducation.com/about-unilang